(not necessarily in that order) 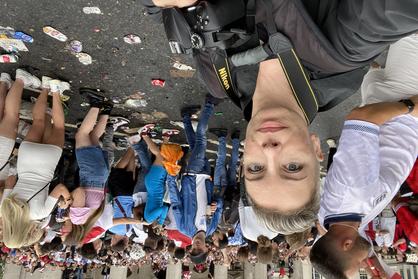 Rachel Parsons is a writer, multimedia journalist, photographer and videographer. Her work focuses on travel, the environment, and anthropological intersections.

She's the executive producer, writer, videographer, and host of "The Peregrine Dame," which aired on American public television nationwide from 2014 to 2018. It can be found on Amazon Prime Video. Her work has been published in Context, Scientific American, Fort Worth Magazine, Anthropolitan, Reuters, the Malhuer Enterprise, The Hub Los Angeles, PBS NewsHour and Utah Public Radio.

Rachel holds an MSc in Anthropology, Environment and Development from University College London and a BA in journalism from the Annenberg School for Communication and Journalism at the University of Southern California.

​She splits her time between London and Los Angeles.